If You Don't Vote, You Can Still Complain As Much As You Want 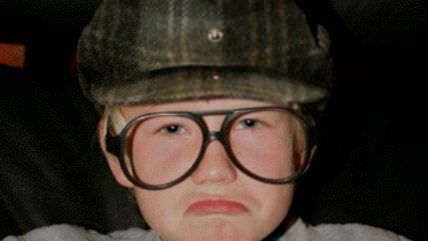 If you don't vote, you can't complain!

This sentiment has become such a cliché you probably barely notice it anymore, right? But it's popping up everywhere from the Santa Monica Daily Press to random New Jersey signboards.

In everyday life the admonition makes sense, of course: I asked you what you wanted for dinner earlier today and you didn't have any good ideas, so now you'd better sit down, shut up, and eat your tofu stroganoff, thankyouverymuch.

But this same notion, when applied to behavior at the ballot box is actually a troubling perversion and conflation of the concepts of consent and free speech.

From my November 2012 Reason cover story, "Your Vote Doesn't Count":

For someone who complains about politics, policy, and politicians for a living, the prohibition on complaining by nonvoters strikes close to home. Again, this Election Day cliché is intuitively appealing. If someone invests in an enterprise, we generally recognize that he has more right than an outsider to determine the course of that enterprise. And voting feels like an investment: It takes time and perhaps costs money.

In his 1851 book Social Statics, the English radical Herbert Spencer neatly describes the rhetorical jujitsu surrounding voting, consent, and complaint, then demolishes the argument. Say a man votes and his candidate wins. The voter is then "understood to have assented" to the acts of his representative. But what if he voted for the other guy? Well, then, the argument goes, "by taking part in such an election, he tacitly agreed to abide by the decision of the majority." And what if he abstained? "Why then he cannot justly complain…seeing that he made no protest." Spencer tidily sums up: "Curiously enough, it seems that he gave his consent in whatever way he acted—whether he said yes, whether he said no, or whether he remained neuter! A rather awkward doctrine this." Indeed.

Whether there is a duty to be civically engaged, to act as a good citizen, is a separate question from the issue of voting. But if such a duty exists, there are many ways to perform it, including (perhaps especially) complaining. According to Mankiw's argument, the ignorant voter is a far less admirable citizen than the serial-letter-writing Tea Partier who can't be bothered to show up on Election Day.

The right to complain is, mercifully, unrelated to any hypothetical duty to vote. It was ensured, instead, by the Founders, all of whom were extraordinary bellyachers themselves.