Conservative Group So Terrified of Gay Republicans They're Endorsing Democrats 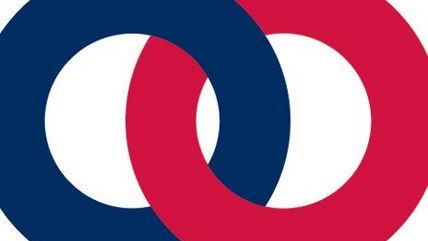 Democratic partisans are probably concerned at what might happen if the Republicans get over and get past their anti-gay history (though they'll never actually admit it). Just think of the votes they might lose! Fortunately for them, a political organization has been spending thousands to help out the Democrats in San Diego and Massachusetts to try to stop a couple of gay Republicans from getting voted into office. That group is the well-known anti-gay National Organization for Marriage (NOM).

Desperate for some sort of win—any sort of win—as the entire reason for their existence (stopping same-sex marriage recognition) slips further and further out of their grasp, they are spending thousands on robocalls in opposition to the congressional candidacies of Carl DeMaio in San Diego and Richard Tisei in Massachusetts. Mind you, both of the these men's Democratic opponents, Rep. Scott Peters and Seth Moulton, also support same-sex marriage recognition (Moulton even has a gay brother), but at least they're not a couple of filthy homos, I guess is the message.

Actually, the message from NOM is that—given the Republican control of the House of Representative (and there's no chance of that changing in this election)—voting DeMaio and Tisei into office rather than pro-gay heterosexual Democrats is worse because the Republicans actually will have power. Here's what NOM is saying when it encourages voters to select traditional progressive Moulton over business-friendly moderate Republican Tisei:

The Republican party states clearly in its platform that marriage is the union of one man and one woman; Tisei, according to the hopes of his supporters, would work to undermine and change this platform conviction from within the party itself.

On the other hand, Tisei's opponent, Seth Moulton, is no better than Tisei on the issues. But as a Democrat in a House controlled by Republicans, Moulton wouldn't be able to impact anything. Furthermore, we could defeat him in two years. Tisei, however, as a Republican within a Republican-controlled House of Representatives, would be in a position to do great damage to the integrity of the party's platform and the pro-life and pro-family policies for which the party stands!

Italics in the original. Moulton is obviously rejecting NOM's support:

"Seth Moulton fundamentally disagrees with everything NOM stands for and has long said that equality is the civil rights fight of our generation," said Carrie Rankin, Moulton's communications director. "Fighting against groups, like NOM, that deny equality as a basic human right will be a priority of Seth's in Congress." Rankin noted that Moulton has a gay brother and Moulton has said, "It's fundamentally wrong that he and I don't share the same rights just because of who he is."

If Tisei and DeMaio help kick any anti-gay planks out of the Republican Party's national platform, NOM is going to end up completely marginalized. Both races, though, are extremely close in the polls. DeMaio and Tisei both barely have the edge in recent polls and both races are classified as toss-ups. I'll be keeping an eye out on these two battles come Tuesday.