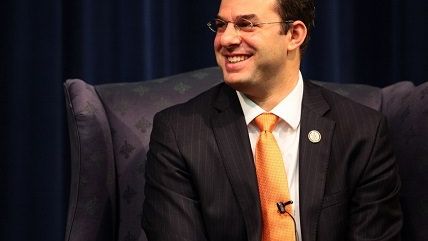 The libertarian Republican, who hails from a right-leaning district in western Michigan, is widely expected to win reelection on November 4. He already passed the real test: a significant primary challenge from a well-funded opponent backed by neoconservative and corporatist critics of Amash's views.

"It felt great to get a big win," Amash told Reason's Robby Soave in an interview. "The people of the district came out and said they like what I am offering, which is independent conservative representation, libertarian representation… My challenger was offering run of the mill, establishment big government Republicanism. People are tired of that."

Amash is optimistic that what's true for his district is true for the country at large. A growing cross-partisan swath of the electorate is concerned about issues near and dear to the hearts of libertarians, including police brutality, spying, and drone warfare, writes Soave.

But that doesn't mean Congress is getting on board. Leadership, in particular, remains as hopeless as ever, according to Amash.