The CIA Used Nazis (and Lots of Them) to Fight Commies 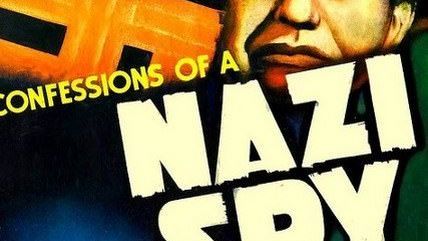 The New York Times has a reminder today that our federal agencies tend to be largely amoral when it comes to pursuing whatever it determines to be in its interests. Fighting a cold war against those evil Communists? You know who else hates the Russkies? Nazis! So the CIA employed at least 1,000 known Nazis as spies and informants during the Cold War. And the agency helped conceal their ties to protect them from possible prosecution by the Department of Justice as late as the 1990s. Info had been leaking out for decades, but now we know a lot more about what happened, and as is typical, what the government was doing secretly was much more extensive than the public realized:

Evidence of the government's links to Nazi spies began emerging publicly in the 1970s. But thousands of records from declassified files, Freedom of Information Act requests and other sources, together with interviews with scores of current and former government officials, show that the government's recruitment of Nazis ran far deeper than previously known and that officials sought to conceal those ties for at least a half-century after the war.

In 1980, F.B.I. officials refused to tell even the Justice Department's own Nazi hunters what they knew about 16 suspected Nazis living in the United States.

The bureau balked at a request from prosecutors for internal records on the Nazi suspects, memos show, because the 16 men had all worked as F.B.I. informants, providing leads on Communist "sympathizers." Five of the men were still active informants.

Refusing to turn over the records, a bureau official in a memo stressed the need for "protecting the confidentiality of such sources of information to the fullest possible extent."

The Times tells the tale of Otto von Bolschwing, a member of the SS and an aide to Adolf Eichmann, the man behind the "Final Solution." The CIA hired Bolschwing in the 1950s and relocated his family to New York City. When Eichmann was captured in Argentina, the CIA helped protect Bolschwing's identity and prevented his ties from being exposed. Prosecutors didn't figure out who he was until the 1980s. He surrendered his American citizenship months before he died.

In retrospect, the Nazis often didn't prove to be that helpful (no, really!):

[M]any Nazi spies proved inept or worse, declassified security reviews show. Some were deemed habitual liars, confidence men or embezzlers, and a few even turned out to be Soviet double agents, the records show.

[Holocaust scholar Richard] Breitman said the morality of recruiting ex-Nazis was rarely considered. "This all stemmed from a kind of panic, a fear that the Communists were terribly powerful and we had so few assets," he said.

Read more here. The effort appears to be completely disconnected from Operation Paperclip, which brought over German scientists and engineers after the war to employ them and keep them out of the hands of Germany and Russia.