Judge Rules Against Led Zeppelin, Says Pennsylvania a Fine Venue to Decide Whether "Stairway to Heaven" Opening Was a Spirit Rip Off 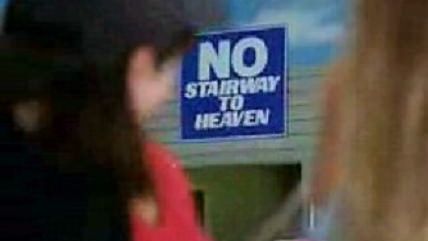 The relatives of the founding members of Spirit, a 60s/70s psychedelic/prog-rock band, are suing Led Zeppelin, alleging that the opening riff to "Stairway to Heaven" was lifted from Spirit's song "Taurus." Led Zeppelin apparently have a history of being inspired by music that came before them (and what musical act hasn't?) Mic.com provides some background:

This is not from the first time that Led Zeppelin has gone to court for failing to credit borrowed riffs and melodies. Page has previously blamed Robert Plant, the band's singer and lyricist, for most of the earlier instances, as in this 1993 interview with Guitar World:

"I always tried to bring something fresh to anything that I used. I always made sure to come up with some variation. In fact, I think in most cases you would never know what the original source could be. Maybe not in every case — but in most cases. So most of the comparisons rest on the lyrics. And Robert was supposed to change the lyrics, and he didn't always do that — which is what brought on most of the grief. They couldn't get us on the guitar parts of the music, but they nailed us on the lyrics. We did take some liberties, I must say."

The lawsuit was filed in May and in a ruling last week a judge in the Eastern District of Pennsylvania dismissed Led Zeppelin's challenge over the venue: the group's lawyers argued that none of the members of Led Zeppelin live or work in Pennsylvania nor have any connections that would warrant holding the trial there. The judge disagreed, buying into the argument by the plaintiffs that because "Stairway to Heaven" is marketed in Eastern Pennsylvania, the trial can be held there.

Here's a comparison of the openings of "Taurus" and "Stairway to Heaven":

And while we're at it here's Axis of Awesome showing just how many songs use the same four chord progression: