Does Proposing a 20 Percent Budget Cut for the CDC Disqualify Rand Paul From Being a Serious Critic of the Ebola Response? 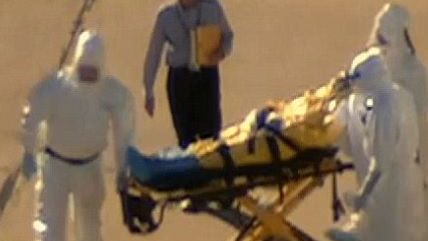 Sen. Rand Paul (R-Ky.) proposed a budget for FY2014 that included a 20 percent cut to the CDC. Does that disqualify him from being a serious critic of the Obama administration's reponse to the Ebola outbreak?

Henry Olsen at National Review seems to think so. He says he doesn't believe "spending equals competence," but:

Paul's proposal to reduce CDC spending is symptomatic of a large problem with his thinking.

Paul clearly has a theory of non-government. In his view, government is generally a bad thing and we need to reduce it as fast and as deep as we can. However, cases like the CDC/Ebola crisis call for a theory of government. No serious politician, not even the quasi-libertarian senator from the Bluegrass State, thinks that the federal government ought to have no role in public health.

When the federal government is spending a trillion more dollars than it collects in revenue (44 percent), a 20 percent cut at a federal agency shouldn't be dismissed off-hand as unserious. Considering government to be "generally a bad thing" is a theory of government.

Rand Paul is not a libertarian, but neither are most libertarians anarchists. In any case, in the article Olsen cites Paul doesn't dismiss preventing the spread of infectious disease as a legitimate goal of government and the CDC. Instead he insists the CDC's had enough, saying the agency's budget for epidemics (National Institute of Allergy and Infectious Diseases) has gone up 220 percent. CDC spending has doubled since 2000.

Olsen says he has "no idea" whether $4.8 billion a year (the CDC budget if a 20 percent cut were instituted) is enough for the agency to carry out its mandates, which is fine, and then claims neither would Paul's staff. Those kinds of arguments are generally deployed to demand more spending by government, because they tend to settle around the idea that the top men at the agencies in question know best how much taxpayer money they need to spend to do their job.

How much might the CDC need to get the job done? Getting less money could certainly focus the agency on a core mission of preventing the outbreak of highly infectious diseases. I may have no idea how much the CDC needs either, but here's how they spent their money in Fiscal Year 2012:

The breakdown's included in the Department of Health and Human Services' justification of estimates (PDF) for the House and Senate Appropriations committees, a good place to start to get an idea of what the CDC's mandate should be and how much it might cost.