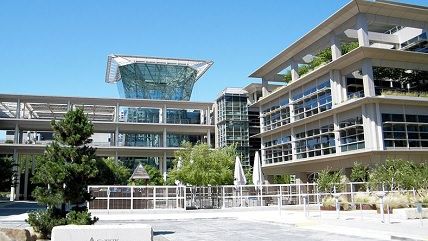 Last week, the California Public Employees' Retirement System (CalPERS), the largest public pension system in the U.S., announced that it's going to divest its assets from hedge funds. The move to withdraw about $4 billion of CalPERS $299 billion in total funds is the result of years of poor performance from hedge funds that come at a steep cost and with substantial risk. What led so many U.S. pension funds to invest in hedge funds in the first place? The answer is a long history of unrealistic expectations and mismanagement on behalf of the state government.

CalPERS isn't the only pension fund that has been underperforming. Since 2000, the top 100 largest defined benefit public pension funds have assumed an average expected rate of return of about 7.5 percent, but in reality they have only averaged a rate of return of 5.6 percent. Pension investment fund returns follow the markets boom and bust cycle. In good years returns can exceed 20 percent and in bad years returns can be negative 20 percent. Since 2003 though, CalPERS has failed to make up for all its losses in the bad years.

The private sector is ahead of the curve in realizing the unsustainability of defined benefit pension plans and their overly optimistic assumed rates of return. Defined benefit pension plans are disappearing in the private sector as employers switch over to 401(k)-style defined contribution accounts. From 1980 through 2008, the proportion of private workers participating in defined benefit plans fell from 38 percent to 20 percent. In contrast, the percentage of workers covered by a defined contribution plan during that same time period increased from 8 percent to 31 percent. Some corporations still maintain defined benefit pensions, but many of those, like General Motors (GM), have aggressively lowered their actuarial assumptions. In the 1990's and early 2000's, GM assumed an expected rate of return of 10 percent. GM literally bet the farm trying to meet that rate of return, once investing in a farm raising genetically engineered pigs.The pig farm investment didn't pan out (GM lost $400 million on the investment). Since then, GM has steadily lowered its expected rate of return to where it is now, 5.7 percent for the full-time workers plan.

State and local pension systems should take note and welcome pension reform that comes with lower actuarial assumptions. Opponents of pension reform, like Matt Taibbi from Rolling Stone, say that reformers want to push more money into the hands of Wall Street fat cats, but nothing could be further from the truth if pension reforms come with lower assumed rates of return. The lower the assumed rate of return, the closer to risk-free the investments will be. Moody's Investor Services recently recommended that state plans assume a 4.33 percent rate of return on investments.

Lowering rates of return will likely shift investments to safer assets, like government treasuries or infrastructure projects. Investing in infrastructure is common among the better-funded pension systems of our neighbors to the north in Canada, but it's a relatively recent phenomenon in the U.S. In 2009, the Dallas police and fire pension fund bought a 10 percent stake in an expressway project becoming the first US pension fund to invest directly in the construction of a major infrastructure project. In 2010, CalPERS followed suit and bought a 12.7 percent share of Gatwick Airport in the UK.

So while a shift away from hedge fund investments and other risky alternative assets, precipitated by pension reform lowering assumed rates of return, would be a positive development it's not the best option for reducing or eliminating taxpayer risk. The ideal option would be pension reform that lets public employees manage their own money in defined contribution accounts, as most private companies now do, which eliminates the inherent taxpayer risk of defined benefit pension systems all together.

Victor Nava is a policy analyst for the Reason Foundation.