If Government Kills You, This Company Promises to Blow Your Whistle 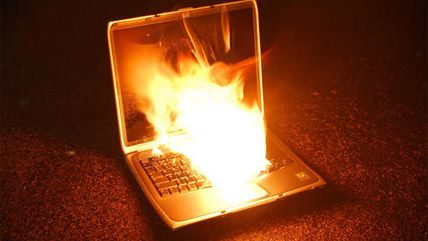 "So what if something happens to you?" A company called Dead Man Zero (DMZ) poses the question. "Especially if you're trying to do something good like blow the whistle on something evil or wrong in society or government. There should be consequences if you are hurt, jailed, or even killed for trying to render a genuine and risky service to our free society."

Well, Dead Man Zero says it can help you out in these kinds of situations. If the government (or some other entity) kills you to try to stop you from leaking important information, they'll leak it for you.

The organization says its services became necessary after Edward Snowden blew the lid on the National Security Agency's mass surveillance of the American public, and the Obama administration responded by "ordering federal employees to report suspicious actions of their colleagues based on behavioral profiling techniques that are not scientifically proven to work."

First, you upload your files, encrypted with a password, to a cloud storage service. Then you include this link, along with the password and an optional description of your material. The site will then add its own layer of encryption, too. You are then given your own unique URL to log in from, accessible only using the Tor browser.

If you don't log back into it once a day, week or month (those are the options), your documents and respective password will be published on the site, and sent to a list of email addresses that you provide in advance; most likely journalists you trust to do the story justice, or your lawyer. The site can also be accessed via a smart phone, assuming you can browse hidden services on it.

"If events overtake you, you can still overtake your adversaries," the site reads. For a user to upload their archive, they are required to pay 0.30 Bitcoin (around £70 or $120 at today's rate), and according to a counter on the site, 399 sets of documents have been uploaded, and 17 will be released if their owner doesn't log in within the next 24 hours.

DMZ didn't respond to his request for more information, but Cox points out some potential issues: First, no one knows who is behind DMZ; Second, as security expert Bruce Schneier has suggested about similar setups, it could give someone incentive to kill a DMZ user, or even just stop them from logging in; Third, the cloud's security could be compromised; Fourth, there's no guarantee DMZ will be around for years to come.

If you've got some secrets that you think will outlive you, and want to give it whirl, the address is "http://wntxyw6zdeos7ag6.onion".