CIA to Obama: We Already Did Your Dumb Plan And It's 'Doomed to Failure' 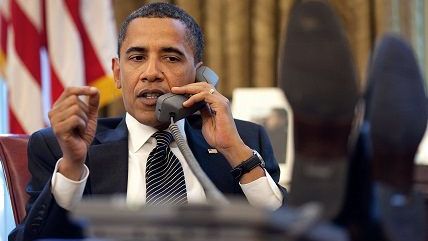 The Obama administration has proclaimed that arming the supposedly moderate Syrian rebels is the U.S.'s best play in the fight against ISIS. But according to The Huffington Post, CIA analysts don't believe that plan is going to work at all.

It's an opinion the CIA has been keeping quiet about, until now. A top CIA official told HuffPost that opinions among agency analysts range from "ambivalence to outright opposition." And they have good reason to hold those opinions—the CIA is already covertly arming the Syrian rebels, a strategy that has already been show to have failed, in no small part because the rebels are unreliable and the equipment eventually finds its way to ISIS.

According to a Democratic Congressman consulted by HuffPost:

"I have heard it expressed, outside of classified contexts, that what you heard from your intelligence sources is correct, because the CIA regards the effort as doomed to failure," the congressman said in an email. "Specifically (again without referring to classified information), the CIA thinks that it is impossible to train and equip a force of pro-Western Syrian nationals that can fight and defeat Assad, al-Nusra and ISIS, regardless of whatever air support that force may receive."

He added that, as the CIA sees it, the ramped-up backing of rebels is an expansion of a strategy that is already not working. "The CIA also believes that its previous assignment to accomplish this was basically a fool's errand, and they are well aware of the fact that many of the arms that they provided ended up in the wrong hands," the congressman said, echoing intelligence sources.

Not exactly a ringing endorsement, huh? At least war skeptics can now confidently state that the president's plan will fail, since it has already failed.