We don't know how to conduct a successful war against the Islamic State. 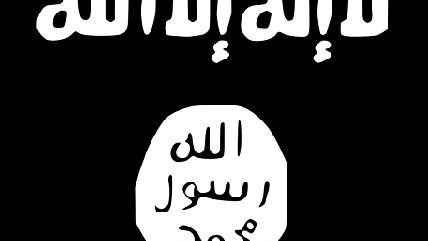 President Barack Obama said Wednesday night the United States is going to war "to degrade and ultimately destroy" the group known as the Islamic State.

So right off you know one thing we will not do: destroy it. The only thing more reliable than the habit of American presidents of starting wars is the inability of wartime presidents to achieve their goals.

President George W. Bush went into Afghanistan pledging to wipe out al-Qaida and the Taliban. He invaded Iraq to eliminate Saddam Hussein's weapons of mass destruction, while promising that the creation of "free Iraq" would be "a watershed event in the global democratic revolution."

Nice try. The Taliban is alive and well in Afghanistan, and there is no end in sight in our fight against al-Qaida groups in Pakistan, Yemen and Somalia.

Hussein had no WMDs for us to find. Iraq is embroiled in a sectarian conflict that has done nothing to spread democracy—but did cause the turmoil that gave rise to the Islamic State.

Obama launched an air war in Libya because, he said, allowing Moammar Gadhafi to stay in power would foster "chaos and lawlessness" and create "a new safe haven for extremists." Today, the Associated Press reports, Libya is "further crumbling into a failed state," and Obama's State Department lists the country as—yep—"a terrorist safe haven."

The trusted formula for business success is "underpromise, overdeliver." American presidents make a practice of raising expectations they can't meet.

This is another unnecessary war against an overblown foe. "ISIS has no ability to attack inside the United States, American and allied security officials say, and it is not clear to intelligence officials that the group even wants to," The New York Times reported after the president's speech.

Obama seems to think we can decimate the Islamic State and empower the people of Iraq and Syria through missiles and bombs. But where does he get this unshakable faith in air power?

We have been vaporizing al-Qaida fighters in Pakistan for years, and the organization still has a solid presence there. We're not exactly winning hearts and minds, either: A 2012 Pew Research Center poll found that three out of four Pakistanis regard the United States as their enemy.

Obama claims to be relying on a tried-and-true approach. "This strategy of taking out terrorists who threaten us, while supporting partners on the front lines, is one that we have successfully pursued in Yemen and Somalia for years," he said.

Pursued? Yes. Successfully? Not so much. Reports The Washington Post, "None of those groups has been eradicated, or even degraded to a degree that would allow U.S. counterterrorism operations to end."

In June, a damning report came from a panel of experts commissioned by the Stimson Center in Washington and chaired by retired Army Gen. John Abizaid, former commander of U.S. forces in Iraq.

"The Obama administration's heavy reliance on targeted killings as a pillar of U.S. counterterrorism strategy rests on questionable assumptions, and risks increasing instability and escalating conflicts," it concluded. Meanwhile, "Islamic extremist groups have grown in scope, lethality and influence in the broader area of operations in the Middle East, Africa and South Asia."

How can all our efforts yield such dismal results? It's called "blowback." The task force noted that even small numbers of civilian fatalities "can anger whole communities, increase anti-U.S. sentiment and become a potent recruiting tool for terrorist organizations."

The United States is not incapable of fighting reasonably successful wars. It did so in the 1991 Iraq war, the 1999 Kosovo war and the 1989 invasion of Panama. In each case, we had a well-defined adversary in the form of a government, a limited goal and a clear path to the exit.

We generally fail, though, when we undertake open-ended efforts to stamp out radical insurgents in societies alien to ours. We lack the knowledge, the resources, the compelling interest and the staying power to vanquish those groups.

The Islamic State is vulnerable to its local enemies—which include nearly every country in the region. But that doesn't mean it can be destroyed by us. In fact, it stands to benefit from one thing at which both Obama and Bush have proved adept: creating enemies faster than we can kill them.

We don't know how to conduct a successful war against the Islamic State. So chances are we'll have to settle for the other kind.