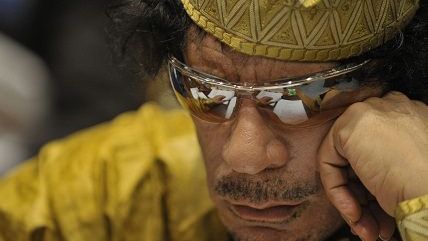 The New York Times ran an unfair headline the other day: "Arab Nations Strike in Libya, Surprising U.S." It was unfair not because it was inaccurate but because the latter phrase suggested there was something noteworthy in our surprise. When it comes to events abroad, surprise is our natural state.

President Barack Obama went to the United Nations to proclaim, "Libya is a lesson in what the international community can achieve when we stand together as one." Even Mitt Romney, who was then running for the Republican presidential nomination, gave Obama credit for the happy outcome.

So you may not have been expecting the subsequent developments. "Energy-rich Libya has slipped ever deeper into chaos since the toppling of longtime dictator Moammar Gadhafi in 2011," reports the Los Angeles Times. "The armed groups that were allies in the fight to depose him have turned on one another, fighting for oil wealth and political control."

According to Steve Chapman, we did not see any of that coming because before, during, and after our armed intervention, we knew little about Libya and made no effort to learn. Lack of knowledge never stops us, writes Chapman.