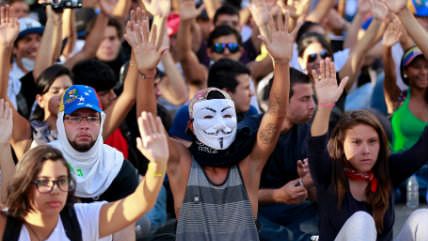 In 2008, Barack Obama pulled an amazing 66 percent of the youth vote while his weather-beaten Republican opponent, John McCain, managed a measly 32 percent. As recently as 2000, the youth vote had been split evenly between George W. Bush and Al Gore, with each pulling slightly less than half the total. (The rest went to third-party candidates.) Democrats look at such trends and declare future elections over before they've started. And on a superficial level, why not? According to the Reason-Rupe poll, twice as many millennials—43 percent—call themselves Democrats or lean that way than call themselves or lean toward Republicans.

Yet the most notable thing about millennials is not their devotion to the party of Harry Reid and Nancy Pelosi but their political disaffiliation from both major political tribes, write Nick Gillespie and Emily Ekins. Fully 34 percent of 18- to 29-year-olds describe themselves as independent, compared to just 11 percent of voters 30 years and older. That's a massive difference, indicating both a healthy skepticism toward the claims of professional politics and an openness to new arguments that align with their values.