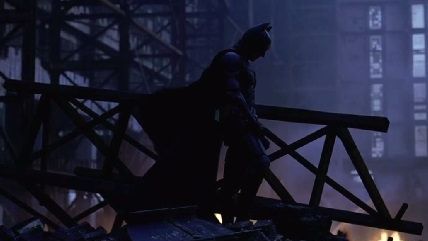 The 2012 mass shooting in a movie theater in Aurora, Colorado, was "foreseeable," a federal judge ruled last week. That decision came out of an attempt by the theater's owner to demonstrate otherwise, thus ensuring that lawsuits brought forth by the attacker's victims would be dismissed. But according to The Denver Post:

The owner of the Aurora movie theater that was the site of a deadly 2012 attack could have reasonably enough foreseen the danger of such an attack to be held liable for it, a federal judge ruled Friday.

Noting "the grim history of mass shootings and mass killings that have occurred in more recent times," U.S. District Court Judge R. Brooke Jackson ruled that Cinemark — owner of the Century Aurora 16 theater — could have predicted that movie patrons might be targeted for an attack. Jackson's ruling allows 20 lawsuits filed by survivors of the attack or relatives of those killed to proceed toward trial.

"Although theaters had theretofore been spared a mass shooting incident, the patrons of a movie theater are, perhaps even more than students in a school or shoppers in a mall, 'sitting ducks,' " Jackson wrote.

The judge seems to be saying that because we do not live in a perfect world, free of all violence, all businesses open to the public should be constantly on guard against psychopathic killers. Even though, as Scott Greenfield points out at his blog Simple Justice, "Perhaps the defining feature of crazy people is that they're unpredictable." But predict them businesses must, said Judge Jackson. Which means, as Greenfield notes, this ruling could have far-reaching consequences:

The biggest growth job in America will be armed guard. Every theater will require its own SWAT team, perhaps a MRAP or Bearcat.  Office buildings, parks, skating rinks, pretty much anywhere more than three people gather, could be the next target of a madman. They will all need security, armed with the weapons needed to take out any crazy.

Don't blame the businesses. They're just trying to cover their foreseeable obligations.  Sure, there is almost no chance, almost no possibility whatsoever, that they will be the target of the next insane shooter, but Judge Jackson says it's still foreseeable.  In fact, that no one has ever shot up a skating rink makes it even more foreseeable, by his rationale.

That's a rationale that's not rational. While the ruling does not decide any of the lawsuits, it does establish that they can proceed. In doing so, it endorses what I call "worst-first thinking"—dreaming up the worst case scenario first ("What if someone comes in and shoots up our book club?") and proceeding as if it's likely to happen.

Worst-first thinking promotes constant panic. The word for that isn't prudence. It's paranoia.