Scott Shackford on Libertarians, Gay Marriage, and Freedom of Association 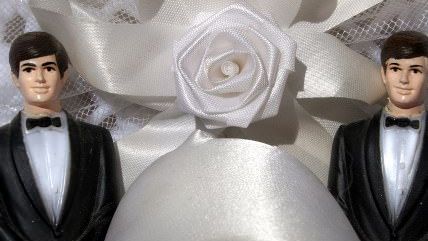 How can a libertarian support gay marriage but also the right of businesses to decline to provide goods and services such as cakes, clothing, and photos for gay weddings?

For many libertarians, it makes perfect logical and philosophical sense. But from the outside perspective, it often does not. As a result, critics looking for an opportunity to throw shade on libertarian ideas can focus on just a piece of this mentality. We saw the Village Voice do just that recently, with media critic Roy Edroso incorrectly declaring that libertarians are "more likely" to defend the rights of private individuals and businesses who want to discriminate against gays than the rights of gay couples to demand marriage recognition from the government.