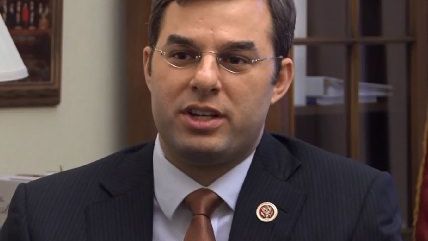 If current polling is any indication, liberty-friendly Rep. Justin Amash will coast to victory over his establishment-supported challenger in the Michigan Republican primary next week. An Amash victory would be a win for libertarian candidates everywhere, and a clear sign that independent and conservative voters prefer the limited government message to the pro-war, pro-corporate platitudes of Republican Party leadership, writes Robby Soave.

Pundits have described the race as a particularly ugly one, though that ugliness has been entirely one-sided. Ellis repeatedly distorted Amash's voting record in an attempt to portray him as out-of-step with his conservative district, according to Soave.

It's the sort of blatant propagandistic demagoguing of libertarian national security sentiments that might have worked in the heyday of the Bush and Rove years. But with Amash up by 20 points and less than a week left to go in the campaign, it seems voters are well aware that Amash represents a different brand of Republicanism: one they like better.