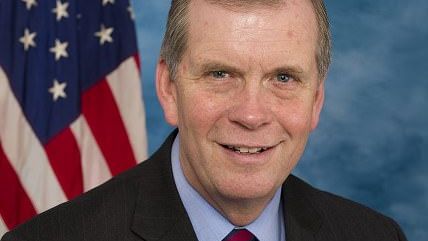 A Republican congressman from Michigan has introduced a House version of legislation to reform the federal government's highly abused asset forfeiture regulations. It's not Justin Amash, as we might expect, but Tim Walberg, a strong religious and national security conservative who is also concerned about the abuse of federal authority. He couches his concerns in terms of the IRS abusing businesses as opposed to law enforcement officials snatching cash from people at traffic stops:

H.R. 5212 was introduced in direct response to several recent stories involving innocent property owners having their property seized by federal officials.  In Michigan, a longtime grocer, Terry Dehko, had his bank accounts seized by IRS because they suspected him of being a money launderer.  The charges were never filed but Mr. Dehko had to prove that his money was not used in a criminal enterprise.

"This legislation provides commonsense reforms to restore the balance of power away from the government and back to protecting individual rights and due process.  We cannot abide a system where citizens fear that law enforcement can seize, forfeit and profit from their property," Walberg stated.

Walberg's legislation has some differences from legislation recently introduced by Sen. Rand Paul (R-Ky.). Scott Alexander Meiner at Americans for Forfeiture Reform makes some comparative notes.  Like Paul's Fifth Amendment Integrity Restoration (FAIR) Act, Walberg's bill increases the threshold for attempting to seize property from the "preponderance of evidence" standard to the "clear and convincing evidence" standard that the property being seized was connected to a crime. However, Meiner notes, Walberg's bill does not attempt to eliminate the twisted incentives for government officials to try and seize property by shifting the assets gained from the Department of Justice to the Department of the Treasury. Arguably, that shift may well be more important than changing the threshold of proof, because of the significant leeway judges give law enforcement and federal officials to do whatever the heck they want. Judges usually haven't been a good check on police power in decades. At least removing the profit motive would have an impact.

Meiner provides some more analysis of Walberg's bill here. And in about half an hour Walberg will be joining former Reason Editor (and current Washington Post blogger) Radley Balko and Scott Bullock, senior attorney for the Institute of Justice, at the Heritage Foundation for a discussion about asset forfeiture reform.