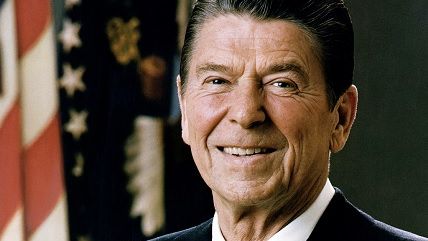 "What would Ronald Reagan do?"

That's become the go-to inquiry for conservatives on nearly every public policy question, from the downing of Malaysia Airlines Flight 17 to corporate welfare in Oklahoma.

When likely 2016 contenders Sen. Rand Paul, R-Ky., and Texas Gov. Rick Perry squared off for an op-ed duel on the Iraq crisis recently, it quickly degenerated into a rapid-fire "Reagan-off," with Perry unleashing a hellstorm of Gipper references, roughly one per 100 words.

It's not obvious that channelling a president who left office more than a quarter century ago is the best way for Republicans to craft sound policy for the 21st century Middle East. But if you think the Reagan legacy holds lessons for today, Gene Healy suggests they start with a question we can actually answer, like: "WDRD?" — that is, "what did Reagan do" in the region?