Steve Chapman on the Truth About Violence in Chicago

Judged as a whole, Chicago is doing a lot of things right. Judged by the plight of its least fortunate, that's not nearly enough. 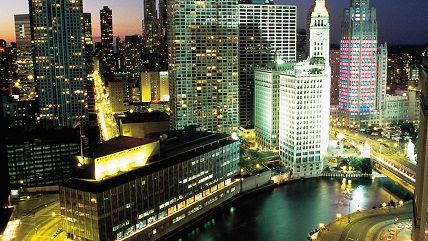 Right now, Chicago is getting national as well as local attention for outbreaks of bloodshed, which reinforce its reputation as the murder capital of America. In terms of total homicides, it may be. But that figure fails to account for population, writes Steve Chapman.

In the overall rate of violent crime, Chicago ranks 19th—slightly worse than Minneapolis and better than Kansas City, Indianapolis, and Nashville. It has half as much violent crime, per capita, as Detroit or Oakland, California.

Taken as a whole, the city has not gotten more dangerous. It has gotten less dangerous—much less. Nor does it stand out among its peers. "Chicago's overall violent crime rate is not exceptional when compared to other large cities," writes Yale University sociologist Andrew Papachristos in a recent study.

None of this is any comfort to recent victims of crime or to the families of young people who are gunned down in the street. But it's crucial to understanding the nature and size of the problem. High levels of criminal violence are a terrible reality in some neighborhoods, but not in most, according to Chapman.