In pondering immigration policy, it's sometimes useful to keep in mind that we are, after all, talking about human beings. 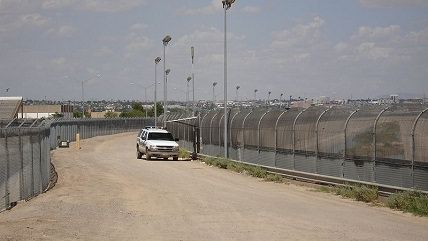 An undocumented foreigner crossed the Rio Grande near Hidalgo, Texas, the other day. He had spent three weeks traveling from Honduras, and he was carrying only one thing with him: a birth certificate. He was hoping to find relatives in San Antonio or Maryland. His name is Alejandro, and he's 8 years old.

His story and photo appeared in The New York Times, providing a stark reminder that illegal immigration often involves harmless individuals who are guilty of nothing. From the angry reaction to the surge of unaccompanied minors and mothers with young children crossing the border in recent weeks, you might just forget that, writes Steve Chapman.

The flow of foreigners would be more predictable if our immigration laws provided more avenues for those who want to come here. If you block off legal avenues for desperate people, they will find illegal ones. Even a huge expansion in the border enforcement has failed to change that elemental reality.

The surge of kids is a logistical and humanitarian challenge, but not a dangerous wave of pestilential predators and vermin. In pondering immigration policy, it's sometimes useful to keep in mind that we are, after all, talking about human beings, writes Chapman.