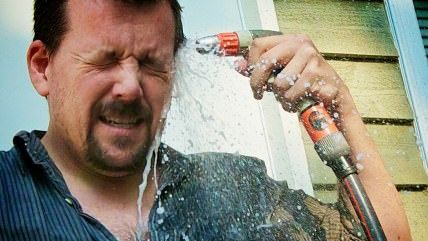 Police departments in California cannot simply refuse to release the names of police officers involved in shootings. So ruled the California Supreme Court today, six to one.

I wrote about the case back in March. Long Beach officials had refused to give the Los Angeles Times the names of police officers involved in a fatal shooting after they mistook a garden hose nozzle held by Douglas Zerby, 35, for a gun and killed him. The Los Angeles Times reports the ruling:

The state's highest court, in a 6-1 vote, rejected blanket policies by a growing number of police agencies against disclosure. The court said officers' names can be withheld only if there is specific evidence that their safety would be imperiled.

"If it is essential to protect an officer's anonymity for safety reasons or for reasons peculiar to the officer's duties — as, for example, in the case of an undercover officer — then the public interest in disclosure of the officer's name may need to give way," Justice Joyce L. Kennard wrote for the majority.

"That determination, however, would need to be based on a particularized showing."

The decision is likely to make it much more difficult for police agencies to withhold the names of officers involved in on-duty shootings.

"Vague safety concerns that apply to all officers involved in shootings are insufficient to tip the balance against disclosure of officer names," Kennard wrote.

I cynically expect local law enforcement agencies to continue to invoke vague safety concerns anyway until a media outlet actually goes through the motions to sue them for the information. Then they will relent.