Optimism isn't just an attitude-it's an accurate assessment of how well the human race has fared over the past several centuries. 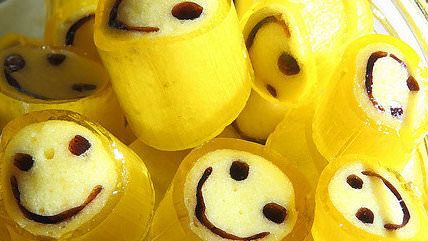 Of course, it's our job to tell you about problems. If a plane crashes—or disappears—that's news. The fact that millions of planes arrive safely is a miracle, but it's not news.

So we soak in disasters—and warnings about the next one: bird flu, global warming, potential terrorism. I won Emmys hyping risks but stopped winning them when I wised up and started reporting on the overhyping of risks. My colleagues didn't like that as much.

In England, science journalist Matt Ridley also realized he had focused on the wrong things. That realization led to the more positive outlook in his book The Rational Optimist. Now Ridley gives lectures about why he's an optimist. It's not just an attitude; it's an accurate assessment of how well the human race has fared over the past several hundred years.

"I discovered that almost everything is getting better, even the things that people thought were getting worse," says Ridley.

He was taught to think the future was bleak. "The population explosion was unstoppable. Famine was inevitable. Pesticides were going to shorten our lives. The Ice Age was coming back. Acid rain was killing forests … All these things were going to go wrong."

Yet time and again, humanity survived doomsday. Not just survived, we flourish. Population increases, yet famine becomes rarer. More energy is used, yet the environment gets cleaner. Innovation and trade keep improving our lives.

Or what already went right. Over the past 40 years, murder dropped by 40 percent, rape by 80 percent, and, outside of war zones, Islamic terrorism claims fewer than 400 lives a year. The last decade saw the fewest lives claimed in war since record keeping began.

One unnecessary death is tragic, but the big picture is good news.

Our brains just aren't very good at keeping track of the good news. Evolution programmed us to pay attention to problems. Good news often happens slowly. The media miss it.

There is, however, one big problem that threatens our future: the political class. Politicians offer us unsustainable debt and incomprehensible regulations. So far the economy has survived that because of what the Mercatus Center's Adam Thierer calls "permission-less innovation."

No one got approval from Washington to do Google searches, create Facebook profiles, or invent apps for Apple. If we did, they probably would never have happened. It's fortunate entrepreneurs keep making things faster than worried, control-freak government can smother them.

Google now informs us about most anything within seconds for free. Today people in the poorest countries have access to more information than the rich used to have. Email is free. So are Facebook, Twitter, Instagram, and Skype.

Government regulators reflexively move to crush or control every such development, fearing that rooms rented online will be disruptive to neighbors, rides from Lyft too dangerous, and meals found through EatWith unhealthy. There's always some reason to worry—even though these same politicians don't worry too much about the risks of excessive government and its $17 trillion in debt.

Progress now depends on innovators finding customers faster than sleepy politicians can regulate. Better to beg forgiveness later than ask permission now. By the time bureaucrats wake up, entrepreneurs have lots of happy customers who lobby for the survival of those businesses.

You might call it "entrepreneurial civil disobedience." It's what it takes to win in today's hyper-regulated America. It's a good thing—and our best hope of having more good things in the future.