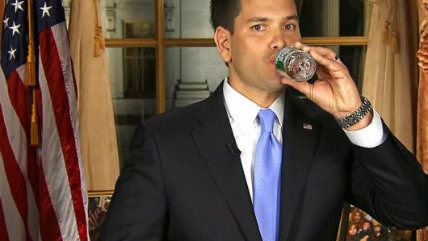 Marco Rubio seems a plausible option for Republicans in 2016. Falling somewhere between Jeb Bush-Chris Christie and the purportedly unelectable Rand Paul-Ted Cruz, Rubio is the sort of comfortable choice Republicans tend to decide on. He's a proven conservative with a moderate demeanor. He's comparatively youthful with a strong presence. And he has the ability to engage in Hispanic outreach. Hailing from an important state doesn't hurt, either.

But the promise of Rubio seldom corresponds with the reality, argues David Harsanyi. It's not that he's off-putting. It's that he never really generates the sort of excitement or displays the sort of political acumen his reputation might have you believe he can, should, or will.