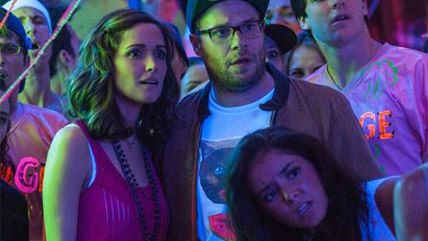 Jon Favreau's new comedy, Chef, a sort of food-porn road trip, is as light as a soufflé but solid as a plate of ribs. Kurt Loder writes that the movie is ambling and digressive, but it's consistently funny, and at several points—as when Robert Downey Jr. glides in for a five-minute spin and just kills it—it's hilarious. Loder also gives high marks for the standout cast of James Franco's teenage wasteland Palo Alto and the comedic surprises of Neighbors, in which Seth Rogan goes head to head with Zac Efron.