Jim Epstein on Chris Christie and the Port Authoritarians 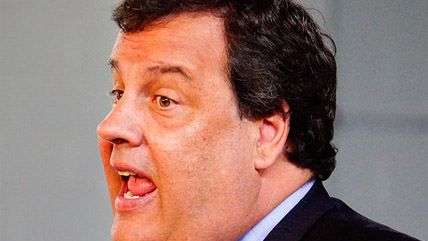 "I feel violated," New Jersey resident Leon Keylin told USA Today after hearing the dirty details behind the Bridgegate traffic jam that choked the city of Fort Lee last September. The politically motivated gridlock that paralyzed his hometown attracted the interest and ire of the nation, in no small part thanks to the presidential ambitions of New Jersey Gov. Chris Christie. Jim Epstein writes that while Christie's office has taken most of the heat for screwing over drivers on and around the George Washington Bridge, another directly responsible party has so far dodged most of its share of the well-deserved blame. The Port Authority of New York and New Jersey, the government agency that ordered up the punitive gridlock, is a bastion of power, patronage, and bureaucracy that violates commuters and taxpayers on both sides of the bridge every day of every year.