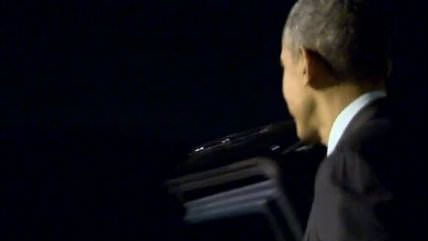 When President Obama decided that he wanted to be able to use unmanned aerial drones in foreign lands to kill people, including Americans, he instructed Attorney General Eric Holder to find a way to make it legal. When later asked about this legal rationale by reporters for The New York Times, Holder declined to provide it, arguing that it was a state secret. He dispatched Department of Justice (DOJ) lawyers to court, where they succeeded in persuading a federal judge to deny the Times' application to order the government's legal rationale revealed.

Two weeks after this ruling, the federal appeals court to which the Times appealed unanimously ordered the DOJ to publicly reveal its heretofore secret rationale. The Obama administration is probably right to fear the revelation of this so-called legal way to kill, writes Andrew Napolitano. We already know that behind Obama's veil lies a disingenuous president who claims he can secretly kill fellow Americans. Who knows what else we will find?