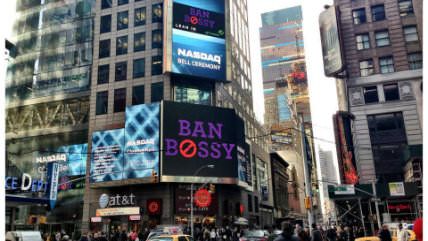 The War on Bossy, led by Facebook boss Sheryl Sandberg, has been roundly criticized and even lampooned from left, right and center. Sandberg's proposal to banish "the other B-word" because it's a common and damaging putdown for assertive girls has met with various objections, from "Why not teach girls to be bossy?" to "Why not teach both girls and boys not to be bossy?" to "Why not address real sexist barriers instead of playing language cops?" But the campaign has its supporters too, including famous ones such as singer Beyoncé Knowles and pundit Arianna Huffington. And now there is a backlash against the backlash, with some saying that "Ban Bossy" is based on real evidence both of the word's sexist use and of a still-strong, pervasive negativity toward female leadership.

Real evidence? Not so fast, Cathy Young writes. A closer look at the research invoked by "Ban Bossy" defenders shows it to be shaky and selective. The "facts" cited on the campaign's own website are such a collection of abused data that it brings to mind another common B-word—the crude synonym for bovine excrement.