Tell Us: What's Libertarian About Your Favorite Video Games? 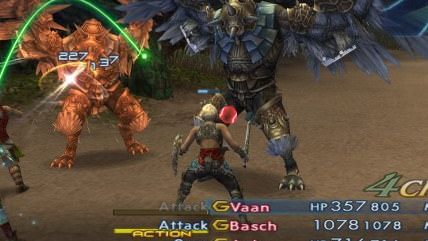 June's issue of Reason magazine will be exploring the most popular recreational pastime in America (and several other countries as well) – video games! Many Gen-Xers have grown up with video games, and video games have grown up alongside of them to become a cultural and marketplace juggernaut. In "Video Game Nation" we'll be analyzing what it all means, looking at how self-described gamers describe their political leanings, tracking games' growth as a form of expression, documenting the moral panics surrounding games in the days of yore, exploring what we can learn about economics from games, and interviewing a game-loving congressman who rallied his community to fight some bad Internet-related legislation. We're planning several game-related videos as well.

We know there plenty of gamers among the Reason crowd, so we want to incorporate your experiences with games if we can. Are there games that you love that you find particularly libertarian? What makes them so libertarian? Sound off in the comments, and we'll pick some cogent or interesting choices to go along with our package. You can go back as far as you like in game history. If you want to make the case that Q-Bert argues for looser borders and freer immigration policies, more power to you. Think outside the box, or the pyramid of boxes, as the case may be.

If you need to refresh your memory, check out Peter Suderman's 2013 list of video games all libertarians should play. What would you add?