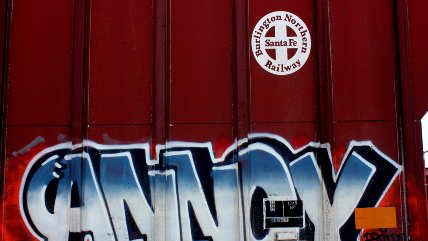 Are you an obnoxious jerk who enjoys deliberately pissing people off? Well, good news: You are now legal in Grand Rapids, Michigan. The city has officially moved to decriminalize annoyingness.

Under current city code, "no person shall willfully annoy another person" in Grand Rapids without facing consequences. The Grand Rapids City Commission is now seeking to repeal the 38-year-old code because what constitutes "willfully annoying" is "subject to a variety of interpretations." City Attorney Catherine Mish told The Grand Rapids Press the section was unconstitutionally vague and "simply unenforceable."

It seems 2014 is shaping up to be a good year all around for freedom of annoyingness. In January, the British House of Lords voted against a clause imposing sanctions on anyone in England and Wales engaging in "conduct capable of causing nuisance or annoyance to any person." And last month the Indiana Court of Appeals ruled that simply being drunk and annoying wasn't a crime.