Also the head of the Detectives Bureau 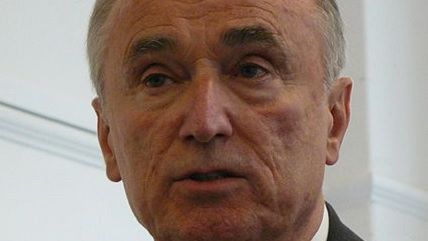 Bill Bratton, the once and current commissioner of the New York Police Department, has started once again to mark the department as his, reportedly dismissing the heads of the Internal Affairs and Detectives bureaus. DNA Info explains:

[Charles] Campisi, who has some 40 years on the force, has been in charge of Internal Affairs… for nearly two decades, overseeing an expansion of the unit and its role in monitoring the integrity of New York's Finest.

Insiders say that IAB became more widely known for petty enforcement such as towing improperly parked police vehicles and worrying about who was issued NYPD parking placards rather than fighting corruption during the past 12 years when Police Commissioner Raymond Kelly ran the NYPD.

In fact, many of the most serious corruption cases against city officers under Campisi's watch were brought by federal agents.

Last year, the police union demanded Campisi be fired after Internal Affairs searched the car of an off-duty cop who was beaten into a coma, while a pair of lawsuits alleged the Internal Affairs Bureau under Campisi engaged in arbitrary spying, racial discrimination, and sexual impropriety. Campisi is expected to be replaced by the head of the NYPD's narcotics division.

The head of the Detectives bureau, Phillip Pulaski, meanwhile, was blamed by some of his subordinates for a drop in morale because of perceived micromanagement, and the detectives union (they have their own!) backed Bratton's decision.