Reason Staff | From the January 2014 issue 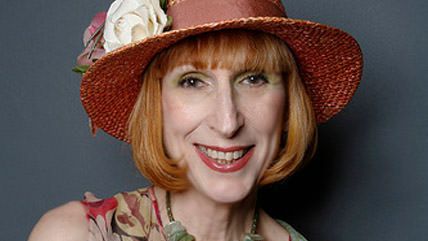 "Glamour and the Art of Persuasion" (page 54) is an excerpt from Virginia Postrel's new book, The Power of Glamour (Simon and Schuster). Postrel, 53, is the former editor of reason and the author of two previous books, The Substance of Style (Harper Perennial) and The Future and Its Enemies (Free Press). Postrel doesn't think of herself as especially glamorous. "I'm a bit too nerdy to think of myself as glamorous in the way that people usually use that term," she says. "I also know the realities of my own life too well to imagine that, for instance, it's glamorous to be an author."

Wes Kimbell reports on "checkpoint refuseniks"-Americans who resist the dozens of immigration checkpoints within the United States, miles from any international border-in "America's Internal Checkpoints" (page 36). Kimbell, 28, says he became interested in the topic after being repeatedly asked to provide proof of citizenship. "I pass through these checkpoints on a regular basis traveling down to the Texas valley from Houston," he says. "The apparent disregard of rights the agents have toward motorists traveling within the state alarmed me."

In "The Aid Debate Is Over" (page 66), William Easterly reviews Nina Munk's The Idealist: Jeffrey Sachs and the Quest to End Poverty (Doubleday). Easterly, 56, is a longtime critic of utopian international development schemes like those advocated by Sachs. But he's optimistic that his criticisms are breaking through. "I think many people are starting to understand that aid is not the big answer in development," he says, "and that gives me hope we can start debating the real big answers, like political and economic freedom."