Ed Krayewski on the White House's Summer of Scandals 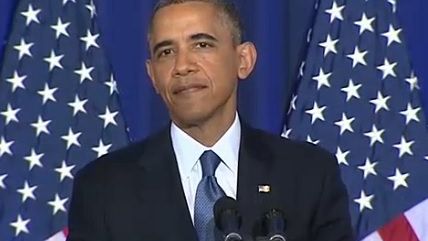 President Obama's attempt to lead the United States into an intervention in Syria may have provided the White House a distraction from the summer of scandals, but they're still there, festering. As the president waddles toward lame duck status, the various scandals will increasingly come to shape Obama's second term. Obama's decision to go to a Congress that did not appear eager to authorize his desire for intervention in Syria could have the unintended consequence of making Congress more aggressive in confronting the different scandals surrounding the White House, writes Reason 24/7 Associate Editor Ed Krayewski.