Emily Ekins on Public Opposition to War With Syria 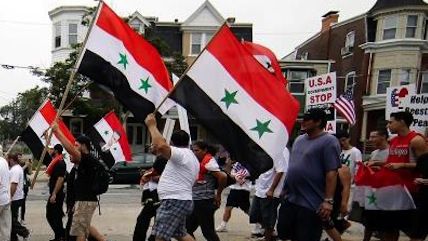 Recent polls released over the past week have made it clear Americans are war-weary and skeptical of President Obama's requests for military airstrikes against the Syrian government. Across several different question wordings, Americans clearly and consistently oppose taking military action, including airstrikes, against Syria. Despite this, Americans feel compelled to respond to reports that the Syrian government used chemical weapons against its people. At the same time, points out Emily Ekins, polling director for the Reason Foundation, Americans are not clear what military intervention would accomplish and fear that airstrikes today could eventually lead to U.S. troops on the ground in Syria.