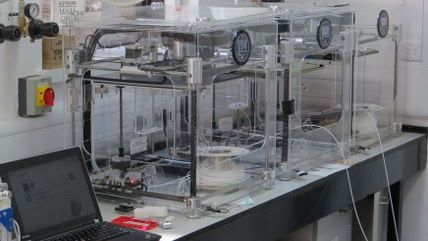 Orphan drug regulations are intended ease the regulatory process and lower barriers for medicines that address rare medical conditions. Otherwise, the costs of research, winning regulatory approval, and production could well exceed anything a pharmaceutical company could hope to recoup in an era when developing a new drug can cost a billion—or billions—of dollars. Bringing down regulatory costs is a necessary but elusive goal that may well require intervention by the federal policy fairies. But, as Reason 24/7 Managing Editor J.D Tuccille points out, both research and production look poised for a revolution, as 3D printing applies its high-tech charms to the business of creating chemical compounds, and turns the production of medicine into a DIY project. Not incidentally, the revolution also promises to kneecap whatever is left of efforts to control recreational drugs.