Cosmologist: Universe May Not Be Expanding

But mass may be increasing 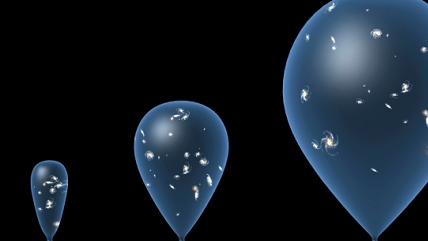 It started with a bang, and has been expanding ever since. For nearly a century, this has been the standard view of the Universe. Now one cosmologist is proposing a radically different interpretation of events — in which the Universe is not expanding at all.

In a paper posted on the arXiv preprint server, Christof Wetterich, a theoretical physicist at the University of Heidelberg in Germany, has devised a different cosmology in which the universe is not expanding but the mass of everything has been increasing. Such an interpretation could help physicists to understand problematic issues such as the so-called singularity present at the Big Bang, he says.