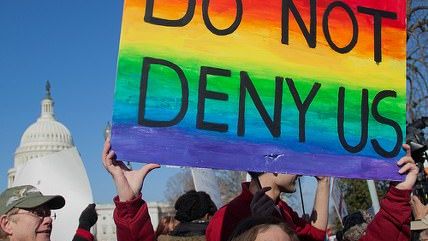 On June 26 the Supreme Court ruled unconstitutional the portion of the Defense of Marriage Act (DOMA) that barred the federal government from recognizing same-sex marriages in states where they were legal.

The change has huge impact on the lives of gay couples living in states where their marriages are recognized. Ultimately it may even have just as great an impact in states where they are not. Scott Shackford provides a look at what changes we'll expect to see, some sooner than others.