David Harsanyi Asks, Who Cares What the Majority Wants on Guns? 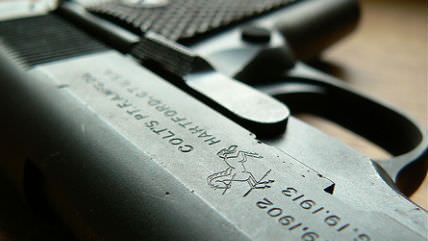 President Barack Obama has been struggling to wrap his head around the "unimaginable" idea that Congress may "defy" the American people and stop a vote on a gun control package compromise. Yesterday, the unthinkable happened: The Senate's sweeping gun legislation came up short on the votes required to move forward. And despite all the idealistic calls for passage and despite the fact that many pundits and advocates seem to believe that something should be law simply because "the vast majority of Americans" support it, writes David Harsanyi, not every issue deserves a majoritarian decision.