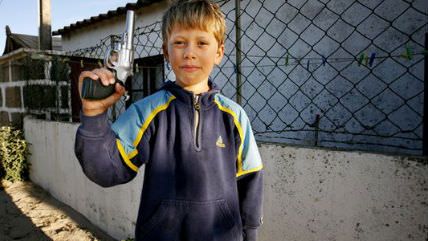 Officials at Florida's Cypress Lake High School suspended three students who wrestled a loaded gun away from another student. The student with the gun was pointing it at a student and threatening to shoot him when the three grabbed him and took the gun away. A local TV station reports they were given an emergency suspension of three days because they were part of an "incident" with a gun.