Kerry Howley | From the August/September 2005 issue 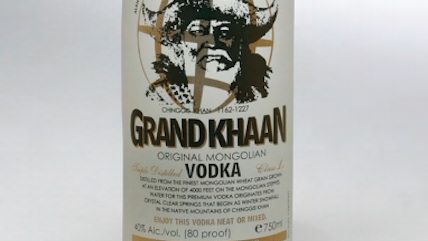 At its height, the empire founded by Genghis Khan stretched from Southeast Asia to Europe and encompassed half the world's population. Eight hundred years later, he may not have the reach he once enjoyed, but in his country of origin he is once again everywhere.

Mongolians can buy Grand Khaan vodka at the Genghis Khan nightclub in Ulan Bator, pay for it with Genghis-stamped currency, and top it off with some Genghis smokes. The emperor's name, which means "universal leader," graces candy bar wrappers, bank fronts, and hotels. The two most popular brands of beer? Genghis and Khan. Forbidden under seven decades of Soviet rule, newly abundant images of the Universal Leader cast him as a popular hero and familiar trademark.

Genghis' visage, like much of his legend, is a reconstruction based on ideas of what might have been. His stint as corporate logo follows alternate incarnations as brutal conqueror, free trader, serial rapist, and avatar of religious tolerance. "Now we are becoming Mongols again," a Mongolian historian recently told the International Herald Tribune. As they piece together their past, Mongolians are remaking their most famous son too.

Kerry Howley is a contributing editor at Reason.