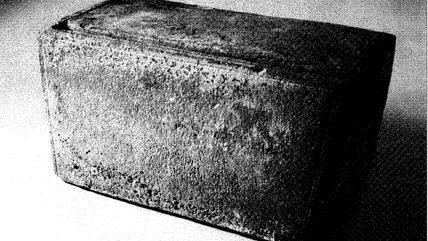 This plain-looking limestone box carries the Aramaic inscription, "James, son of Joseph, brother of Jesus." The 20-inch-long box, which once held bones, appears to date from the first century A.D., and may well refer to Jesus of Nazareth. Publicly revealed in October, it might have been a Biblical breakthrough. Instead, it remains a matter of controversy. One reason is that the box was reportedly looted from its site in Israel some 15 years ago. The authenticity of the inscription and the box itself is open to challenge.

Archaeological looting is a massive, worldwide problem. Looters steal more than invaluable artifacts; they also rob us of an increased understanding of the past. Yet this black market could be quickly stopped if the archaeology establishment were a little cleverer about value.

Currently, governments claim all such finds. But because they do not profit directly from discoveries, almost all of which are filed away, they don't secure the sites. Hershel Shanks of the Biblical Archaeology Society has proposed giving private companies an interest in digs and unexcavated sites. Firms that could trade in duplicate finds—thousands of vases, lamps, coins, etc. are already in eternal storage—would guard their investment, satisfy demand, and even secure history.