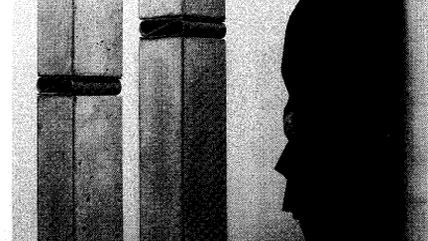 Here's New Zealand artist Gail Haffern standing next to her new installation, Sept. 11. According to Haffern, using passenger planes to attack office buildings was "wonderful…because it was a new idea." She says her work "asks theviewer to take a new position free of accusation and prejudice to view the acts of September 11 with a sense of amazement."

Damien Hirst, Britain's celebrated artist, told the BBC in September that the attacks had been "visually stunning" artworks and that the perpetrators "need congratulating." He later issued a statement insisting that "I value human life."

Hirst and Haffern were echoing sentiments blurted out in 2001 by the composer Karlheinz Stockhausen. He reportedly called the attacks "the greatest work of art ever."

These artists represent an aesthetic barbarity not evident since Europe's Futurists celebrated violence, destruction, and martial strength and then allied themselves with fascism. Indeed, the critic Walter Benjamin charged fascism with "aestheticizing" its politics.

Perhaps this too is "aestheticized" politics. Did the bombers of Guernica need congratulating? Was the obliteration of Hiroshima a wonderfully novel burst of light? Or is it only the mass murder of Americans that is art?