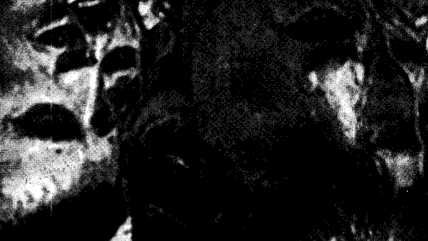 This famous picture, called one of the "key images" of the Bosnian war, is a video capture from tape shot in 1992 by the British news organization ITN. It seems to be evidence that Bosnian Serbs at Trnopolje had imprisoned Muslims behind barbed wire, redolent of Nazi concentration camps. Judging from the condition of the man in the foreground, the prisoners apparently were being mistreated. It is an accusation as much as an image, and was used that way by publications throughout the world.

But in 1997, the small British magazine LM published an article by a German freelancer named Thomas Deichmann arguing that the image was not what it seemed. The piece asserted that the people in the image were not imprisoned, but in a transit center for refugees. In LM's telling, there was no barbed wire around the camp; the fence in the picture actually surrounded an old agricultural compound next to the camp, and it was the ITN camera crew, not the Bosnian Muslims, who were behind the wire.

ITN sued, demanding, among other things, that the LM issue be pulped; LM is fighting the suit, and has laid out its evidence and its case online, at http://www.informinc.co.uk/ITN-vs-LM/story/footage.html.

The court case was finally scheduled to begin on February 28 in London. At issue, of course, is not merely ITN's reputation or LM's survival, but the myth-making power of imagery.