Why Do Utah Voters Hate Trump (And Kind of Like Gary Johnson)?

A new poll shows Hillary Clinton even with Trump in Utah, with third-party choices on the rise. Reason TV talked to Utah voters to figure out what's going on. 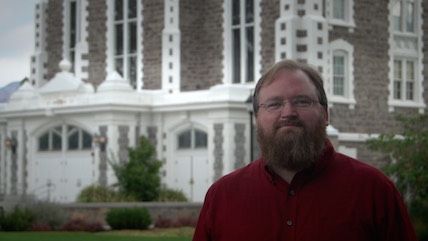 A new poll out of Utah shows Republican Party presidential nominee Donald Trump tied with Democrat Hillary Clinton at 26 percent each, with independent candidate Evan McMullin a close third at 22 percent and Libertarian Gary Johnson pulling 14 percent of the vote.

Why does Utah, often one of the the most reliably Republican states in the union, dislike Donald Trump so much? And are there possible inroads for libertarians in the heavily religious, socially conservative state? Reason TV asked these questions of several former Republican voters in Utah, many of whom drew surprising connections between the teachings of the Latter Day Saints church and the libertarian philosophy.

Watch the video above to find out what they had to say.