Trump Denounces Racism in Charlottesville. Too Little, Too Late.

Did the president really need a teachable moment to denounce neo-Nazis? 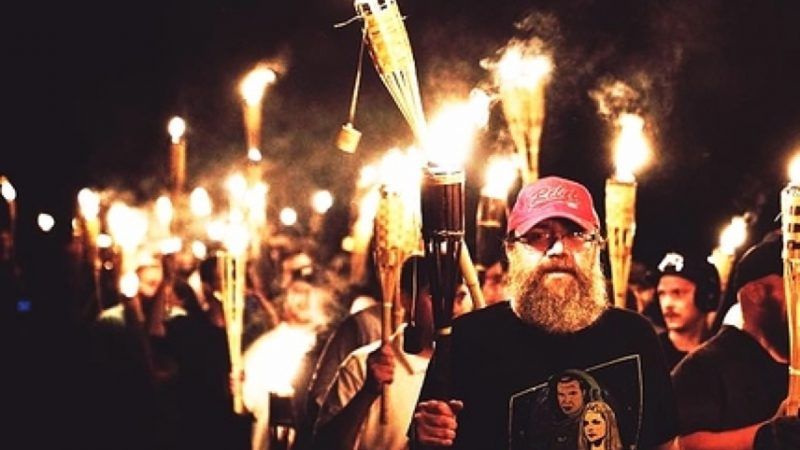 It's too little too late that President Donald Trump has finally called out violent white nationalists who marched through the streets of Charlottesville, Virginia over the weekend. One of them deliberately drove his car into a crowd of people, killing 32-year-old Heather Heyer and injuring 20 more.

It's pathetic that it took massive public backlash—including a lot from Republicans and conservatives—to spur the president to actually denounce neo-Nazis. Who still needs a teachable moment on this? Seventy-two years after the end of World War II and the president of the United States is slow off the mark to condemn white supremacists?

Rarely one for evenhanded rhetoric, President Trump's initial response referred only to "violence," and he pointedly refused to call out the protesters who beat a black man into the hospital.

The president even managed to squeeze in some political sloganeering over the weekend, declaring "we are all Americans first," echoing one of campaign themes.

There are three basic explanations for Trump's shameful response, one more troubling than the other. Maybe he's unaware that Nazis were responsible for murdering 11 million people. Or maybe he is so politically tone-deaf that he thought his original comments were adequate. Or maybe he just doesn't want to alienate those he considers an important part of his political constituency. Any way you look at it, it's not good.

President Trump surely isn't responsible for the car that killed Heather Heyer, but his rhetoric has helped to fill its gas tank. He wasn't slow to call out Black Lives Matter by name for supposedly "igniting" attacks on police even as he explicitly encouraged violence at his own campaign rallies, telling his supporters that he would cover their legal expenses if they got in trouble.

Just a few weeks ago, he encouraged police to rough up suspects.

If the president really is interested in curbing violence and restoring "law and order," it shouldn't be so hard for him to denounce neo-Nazis by name while upholding constitutional protections for free speech.

That's what we need from a chief executive in hyper-partisan and polarized times, but Donald Trump doesn't seem interested in being the president of most—much less all—Americans.

Produced by Todd Krainin. Written and narrated by Nick Gillespie.