Do Kids Need School? Inside the 'Unschooling' Movement

"School is a place where children go to learn to be stupid," said author and educator John Holt. 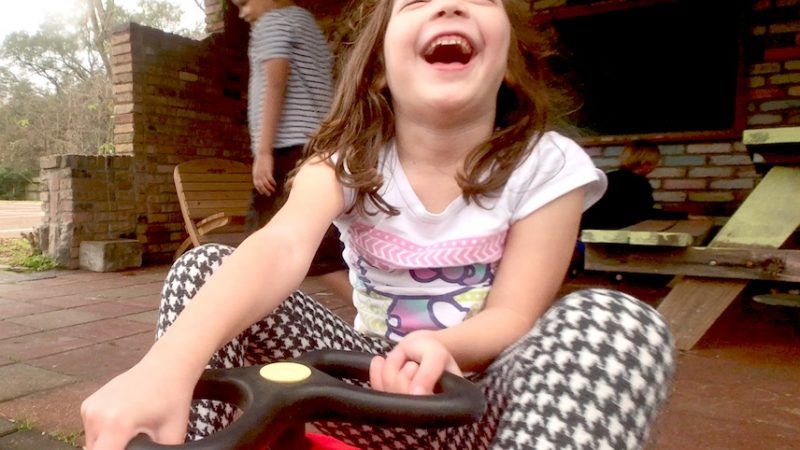 Anita Rios-Sherman has six children under the age of 18, and five of them are on the autism spectrum. When the local school system failed to meet the needs of her oldest son, Rios-Sherman decided to try a homeschooling curriculum. When one of her kids resisted, she took a more radical step: drop the curriculum altogether, and let her son decide what he wanted to spend his time learning. In her view, he benefited from a totally unstructured approach. Next, she tried the same method with her other children. It's an education philosophy known as "unschooling."

On a typical weekday, the Rios-Shermans might visit a local museum, go to the park, watch a documentary, play with each other at home, or surf the internet.

"Most days we just kind of finish up where we left up the day before on a project, or sometimes we're just spontaneous," says Rios-Sherman. "There are many things about the unschooling philosophy that work well for kids on the autism spectrum. A lot of it has to do with allowing them to explore their passions and them not having to earn that time."

There are unschooling groups in every major American city, with some specially themed versions—even Pagan unschooling. The movement dates back to the 1970s and was shaped by the work of educator and author John Holt.

"School is a place where children go to learn to be stupid," Holt once said in a televised interview. "And the process that makes them stupid…is other people trying to control their learning."

Holt, who died in 1985, began his career as a progressive school reformer, but lost hope that meaningful change was possible within the formal system. So he turned to the burgeoning homeschool movement as the most promising avenue for fixing what he viewed as America's broken education system. Some modern homeschoolers reference Holt as the movement's founding father, but his radical vision differed from that of the conservative religious practitioners who dominate public perception of homeschooling today.

Holt argued that children are natural learners, who intuitively act as "scientists", learning through the empirical processes of observation, experience, and trial-and-error. Rather than fostering that instinct, schools quash it with standardized curricula that discourage creative and independent thought. Holt ultimately concluded that any intervention, by either teachers or parents, to direct the education of a child is more likely to disrupt learning than to encourage it.

"[Educators] treat [children] like empty receptacles into which they are going to pour whatever learning they think they ought to have," Holt said.

Holt's approach is being tried in a growing number of arenas. Homeschooling rates roughly doubled between 1999 and 2012, according to the National Center for Education Statistics (NCES). And as Reason contributor J.D. Tuccille notes, NCES found that only 16 percent of survey respondents homeschool for purely religious reasons, while an increasing number cite "school environment" and dissatisfaction with the instruction. In addition, alternative schools that prioritize "self-directed learning" exist in all 50 states.

Watch the video above to learn more about the history of the unschooling movement, and to meet some of its modern practitioners, like the Rios-Sherman family. We also visited a school in Houston, Texas, that operates on the "Sudbury model," in which the kids decide how to spend their time, and vote on issues such as how to handle disciplinary matters and the allocation of school funds.