Citizens of Coachella and Indio are fighting back against the private law firm that charged them for their own prosecutions. 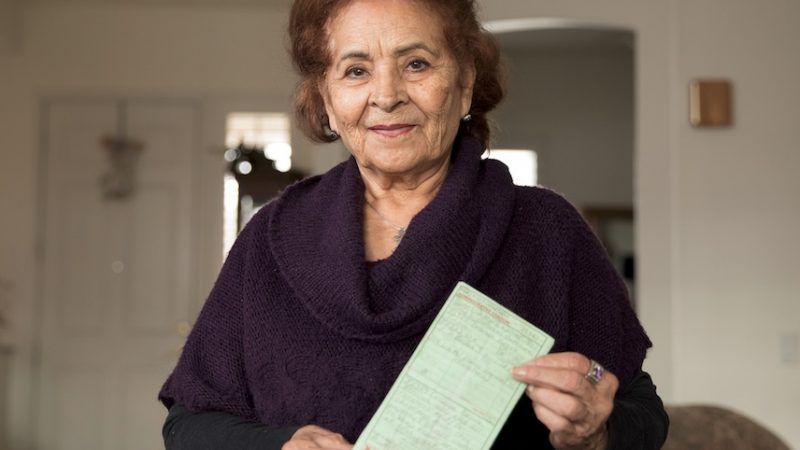 Cesar Garcia and his wife Claudia have lived in their home in the desert town of Coachella, California, for more than 13 years. They've raised three kids there, and Claudia runs an at-home daycare out of the house.

But three years ago, they made a mistake that could cost them their home and livelihood. When converting their back porch into a TV room, they neglected to get a permit from the city.

Garcia ignored early warnings from Coachella's buildings department. Then a team of inspectors showed up unannounced. He entered a guilty plea in court, paid a $900 fine, and demolished the structure as ordered by the judge. Next, he got the proper permit before rebuilding and upgrading the porch into a room for the daycare.

He thought the issue was resolved. But six months later a bill arrived for $26,000.

As the local newspaper the Desert Sun first reported, the city of Coachella is holding Garcia responsible for paying the cost of his own prosection.

To prosecute Garcia, the city hired the private law firm Silver & Wright, which promised that its work would be "cost neutral or even revenue-producing."

Garcia, who works as a grocery store manager about an hour and a half from his home, isn't the only code violator to receive an unexpected bill.

Six months after Ramona Morales paid a $250 fine because one of her tenants was illegally housing chickens, Silver & Wright invoiced her for $5,600.

A woman in the neighboring town of Indio who was cited for putting up illegal Halloween decorations was charged $2,600.

And another family received a bill for $18,500 after pleading guilty to having a broken garage door and overgrown lawn.

As of November 2017, Silver & Wright had collected more than $122,000 in code enforcement fees from dozens of residents in an area in which the median annual household income is about $36,000.

After Garcia received his bill, he appealed. That drove his bill up another $5,000. Since Garcia couldn't afford to pay $21,000 in prosecutor's fees within a month, the city put a lein on his house.

Jeffrey Redfern is an attorney with the nonprofit Institute for Justice, which filed a class action lawsuit on behalf of Garcia and others charged with the costs of their own prosecutions. He describes the arrangement between Silver & Wright and the cities of Coachella and Indio as "policing for profit."

Silver & Wright "goes around to these cities and says, 'Hey, we can get you 90 percent of your fees or 100 percent of your fees back,'" says Redfern. It "had an incentive to prosecute cases in a complicated and expensive manner, so as to drive up the fees [and] collect from the defendants."

Attorney Edward Sousalik is representing Silver & Wright in the lawsuit. He says Redfern's characterization of his clients is "naive and false."

"When situations like this arise, it's the taxpayers of the city who have to pay for this," says Sousalik. "It's absolutely a fair outcome, because otherwise, who pays that $26,000? It's the good citizens of the city."

The lawsuit claims that the financial arrangement violates the Due Process Clause of the 14th Amendment to the U.S. Constitution as well as the California constitution, which guarantees the right to a neutral prosecutor without financial or personal stake in the case.

Outrage over Garcia's story led to the passage of a new law in California prohibiting cities from charging defendants for their own criminal prosecution. But it doesn't retroactively absolve Garcia of his debt. And the lawsuit is also moving forward to set a legal precedent that will make other state courts less likely to tolerate this practice.

"If we win this case, I think it will go a long way towards establishing a standards of prosecutorial neutrality," says Redfern. "The people who started writing these codes never imagined that they would be giving discretion to enforce them to people who would then make money off of them."

As for Garcia, he says the entire ordeal has put his family's life on hold.

"I still worry about losing [the house] because this stuff is not done," says Garcia. "We are still thinking about that $31,000."

"The Otherworld," by Secret Jane is licensed under an Attribution-NonCommercial Share-Alike License: (https://creativecommons.org/licenses/by-nc-sa/3.0/us/) Source: http://freemusicarchive.org/music/AndrewsDettmannDowFlatt/SECRET_JANE/11_The_Otherworld