Virginia Walden Ford talks about her role in integrating schools in the 1960s and leading a movement to escape failing public schools four decades later. 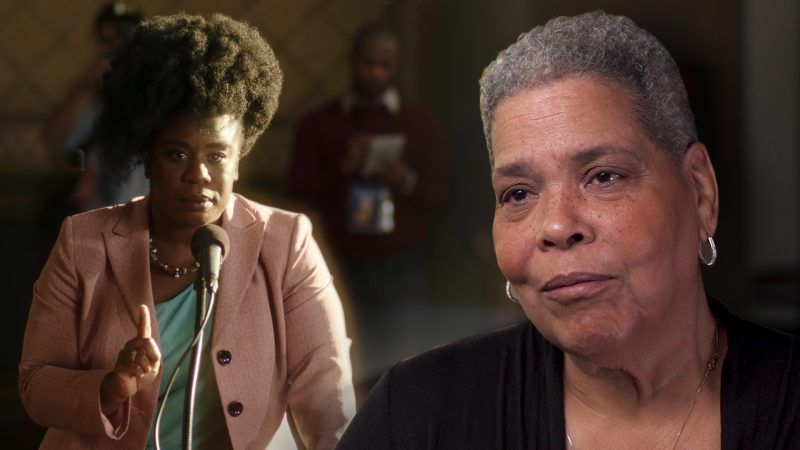 What's it like to have your life story told on the big screen?

The new movie Miss Virginia is based on the unlikely story of Virginia Walden Ford, who, as a single mother in Washington, D.C., in the early 2000s, fought to create a federally-funded private school voucher program that would allow poor kids—including her son—to escape failing public schools. Against long odds and institutional hostility, she succeeded and is played with fiery passion by Orange Is the New Black's Uzo Aduba. Matthew Modine, known for roles in Full Metal Jacket, Weeds, and Stranger Things, co-stars as a sympathetic congressman who helps win congressional authorization for the program.

The movie opens in select theaters and on streaming services on October 18. Go here for more information.

Walden Ford's own backstory as a student is both harrowing and inspirational. She was among the early waves of black kids that integrated public schools in Little Rock, Arkansas, an experience that informed her actions as a parent. Her memoir of growing up in the segregated South and becoming a major figure in education reform, School Choice: A Legacy To Keep, will be published on November 21. Go here for more information.

In a wide-ranging interview with Reason's Nick Gillespie, Walden Ford discusses the behind-the-scenes story of creating the Opportunity Scholarship Program, which has helped thousands of low-income students in the District of Columbia attend private schools, what it was like to have a cross burned in her yard in Arkansas, the mixed blessing of having an unpopular president (Donald Trump) supporting school choice, and her disappointment with the current crop of Democratic presidential candidates, none of whom support school choice.

Produced and edited by Meredith Bragg. Shot by Bragg and Jim Epstein.