The Geography of Genius

Author Eric Weiner on the places where creativity thrives and why governments won't create the next Silicon Valley. 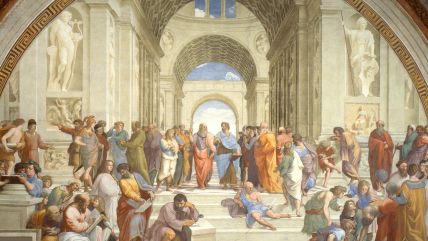 Renaissance Florence, Enlightenment Edinburgh, Mozart's Vienna: why have certain places at certain times created such monumental leaps in thought and innovation? This is the question at the heart of travel writer Eric Weiner's latest book, The Geography of Genius: A Search for the World's Most Creative Places, From Ancient Athens to Silicon Valley.

"This is a book about process, about how creative genius happens and what are the circumstances," Weiner explains.  "I believe in the power of place and the power of culture to shape our lives in unexpected ways."

Traveling the globe, Weiner looked at the locations and cultures that fostered history's greatest minds. Through his research he pieced together a list of ingredients he believes played a vital role in creating these "genius clusters," including money, diversity, competition, and disorder.

"A little bit of chaos is good," says Weiner. "The pot has to be stirred. If you are fully invested in the status quo—either as a person or a place—you are unlikely to create genius because you are too comfortable."

So can a government build a city that will generate the geniuses of tomorrow? Weiner thinks not. "I wish I could sit here and tell you that there was a formula and if you applied that formula you could create the next Silicon Valley," he says. "There is no formula."

Camera by Austin Bragg and Joshua Swain. Hosted and edited by Meredith Bragg.

Scroll down for downloadable links and subscribe to ReasonTV's YouTube Channel to receive notification when new material goes live.