The many taxes you pay without knowing. 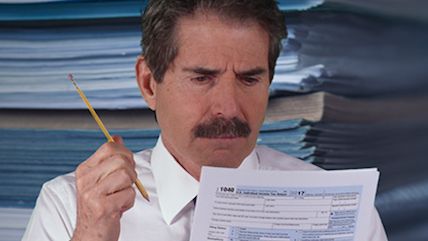 Tax Day gets a lot of attention, but John Stossel says that attention is misleading, because the April 17 deadline is only for income tax. That's just a fraction of the taxes that Americans pay.

You probably know about property, payroll, and sales taxes, but there are also lots of hidden taxes. Kristin Tate reports on them in her new book, How Do I Tax Thee? A Field Guide to The Great American Ripoff.

Our camera followed her as she asked people if they knew about these taxes. Few did.

When people did know about them, like the dog license fee, they assumed it went to cover the public costs of dogs. But, Tate says, "in most cities it doesn't go to dogs. It just goes to the general fund like all of these other fees."

"In most states and cities the 911 fees just go to general funds," she said. In Chicago, "they hiked their 911 fee in 2008. The reason for the hike was to fund their Olympic bid."

But when Chicago lost its Olympic bid, the 911 fee hike stayed in place.

"Once they put [taxes] there, they almost never go away," Stossel suggested.

The views expressed in this video are solely those of John Stossel, his independent production company, Stossel Productions, and the people he interviews. The claims and opinions set forth in the video and accompanying text are not necessarily those of Reason.