People who fled Cuba and Venezuela warn Americans not to embrace socialism. 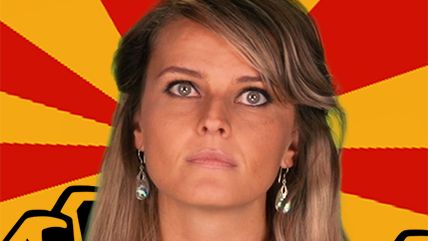 Socialism has become cool in America, under the nice name "democratic socialism."

Gloria Álvarez ?knows better, because she's from Latin America and studied socialism there. She says: Watch out! Socialism has a clear track record of wrecking every country that implements it.

Cuba tried socialism. Things got so bad that tens of thousands fled the island on dangerous, makeshift rafts. Others paid lots of money to be allowed to leave.

Álvarez interviews people who fled. One man told her that in Cuba: "You don't see any future. Everything is stagnated…health care, education, nowadays they're in ruins."

Another said: "My father [a doctor] had to sell illegal meats out of his ambulance…because Cuban doctors earn less than 1% of American doctors."

Because of his experience with socialism, that man is now running as a libertarian for a Florida State House seat.

He adds: "I tell my Venezuelan friends, we warned you guys!"

After Cuba, Venezuela became immersed in socialism. For a while, things seemed to work OK thanks to the country's oil wealth; Venezuela has the largest proven oil reserves in the world, and used to be the richest country in Latin America.

Venezuelans were happy, too. A former mayor in Venezuela's capital city told Álvarez: "People were clapping so hard. They were like, 'Oh, finally there is somebody here making social justice.'"

But eventually socialism led to a mismanagement of the economy that was so bad that money started to run out. The government just printed more. So much more that it led to million-percent inflation.

Life savings were wiped out.

When businesses raised prices to try to keep up with inflation, Chavez and his successor, President Maduro, banned that.

When businesses did it anyway, they were seized by the government. This tragic video shows a shopkeeper pleading as his business is taken away. It wasn't a one-time thing; more than 30,000 businesses were confiscated.

"It's like the apocalypse. It's no food. No medicine," one Venezuelan told Álvarez.

But some still defend socialism, saying that what happened there "isn't real socialism." Bernie Sanders says: "when I talk about Socialism I am not looking at Venezuela, I'm not looking at Cuba. I'm looking at countries like Denmark, like Sweden."

But Denmark's prime minister says that's a mistake: "Denmark is far from a socialist planned economy. Denmark is a market economy," he clarifies.

Álvarez hopes people look at socialism's track record before implementing it anywhere else.