Stossel: Mow Your Lawn or Lose Your House!

Florida man may lose home because he didn’t cut his grass. 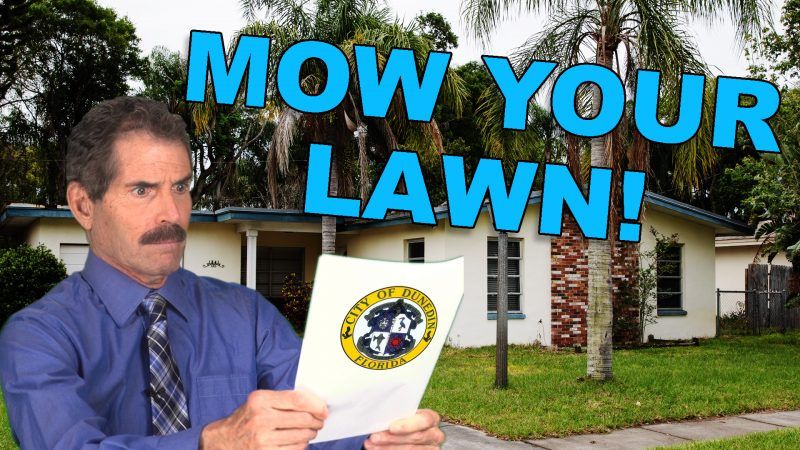 Jim Ficken left his home to take care of his recently deceased mother's estate. While away, the man he paid to cut his lawn died. The grass in Ficken's yard grew more than 10 inches long.

The City of Dunedin has an ordinance against long grass. The Florida city fined Ficken $500 a day. Over time the fines added up to almost $30,000.

"I was shocked," Ficken tells John Stossel, "It was just amazing that they would fine me that much."

Ficken doesn't have $30,000, and now the city wants to foreclose on his home.

Ficken's lawyer, Ari Bargil of the Institute for Justice, points out that the city could have "hire[d] a lawn service to come out and mow the grass, and send Jim a bill for 150 bucks, but they didn't do that."

The reason, says Bargil, is that the city "wants the money. Code enforcement is a major cash cow for the city."

City officials released a statement saying they "have come under recent unfair criticism." They argue that Ficken is a "repeat offender" and has a "chronic history" of not maintaining his property.

Ficken admits he is a "bit of a slob" but adds, "I got everything taken care of when they notified me."

Bargil argues Dunedin's big fines violate the 8th Amendment. That protects us not only from cruel and unusual punishment but from "excessive fines."

Stossel agrees. What's more excessive than politicians taking your home because you didn't cut your grass?